Cloudike team has introduced a new component in backend architecture which allows increasing auto upload speed from 5 till 10 times in comparison with the previous version. Previously, the application and backend would need to generate a large number of requests for uploading one photo which took about 4 and more seconds. The uploading algorithm consisted of the following steps: 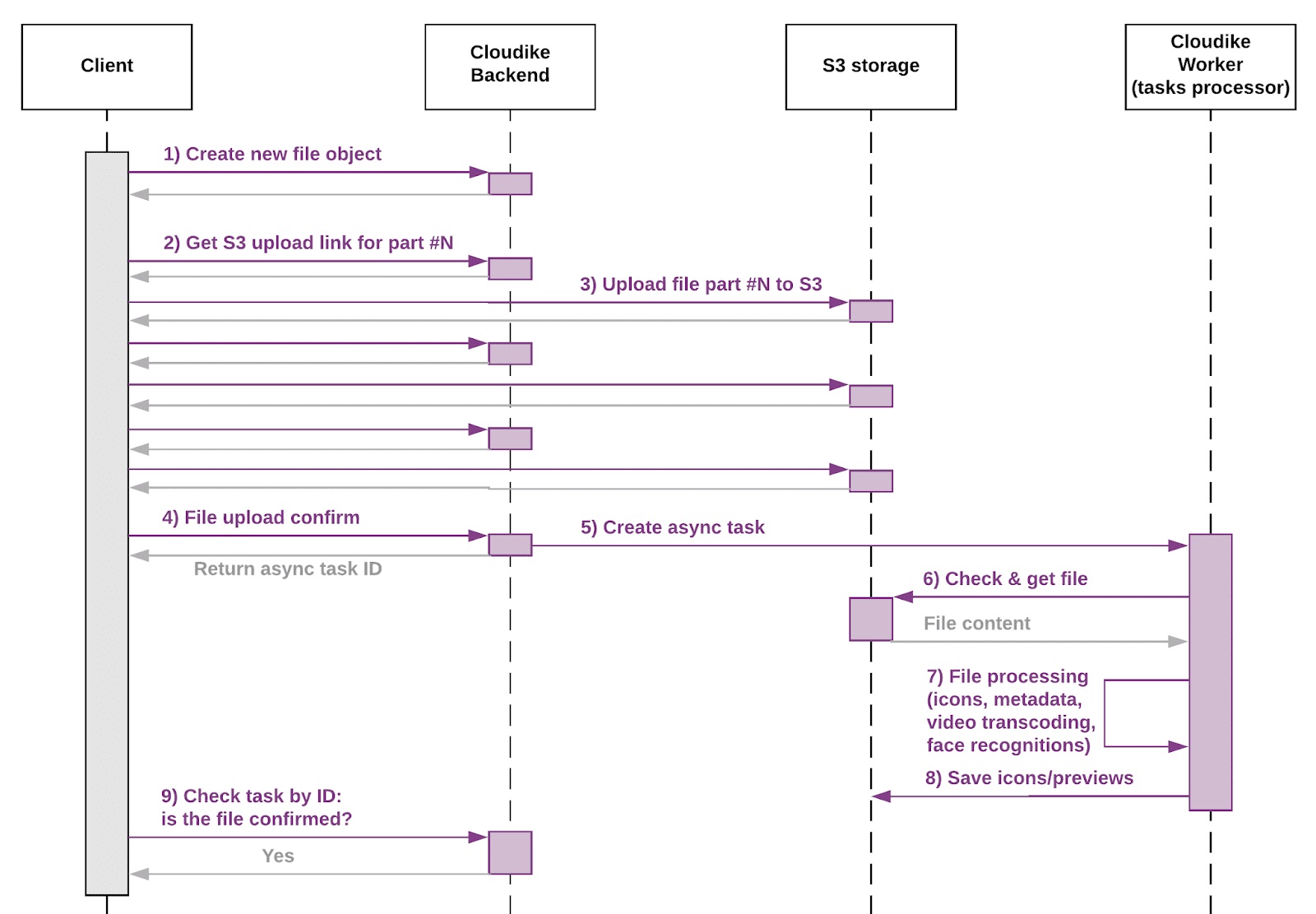 With the new Upload Proxy feature, photo upload is done in one HTTP-request. Photo upload, its partial processing and sending to S3 storage are performed simultaneously. The current photo upload scheme is below: 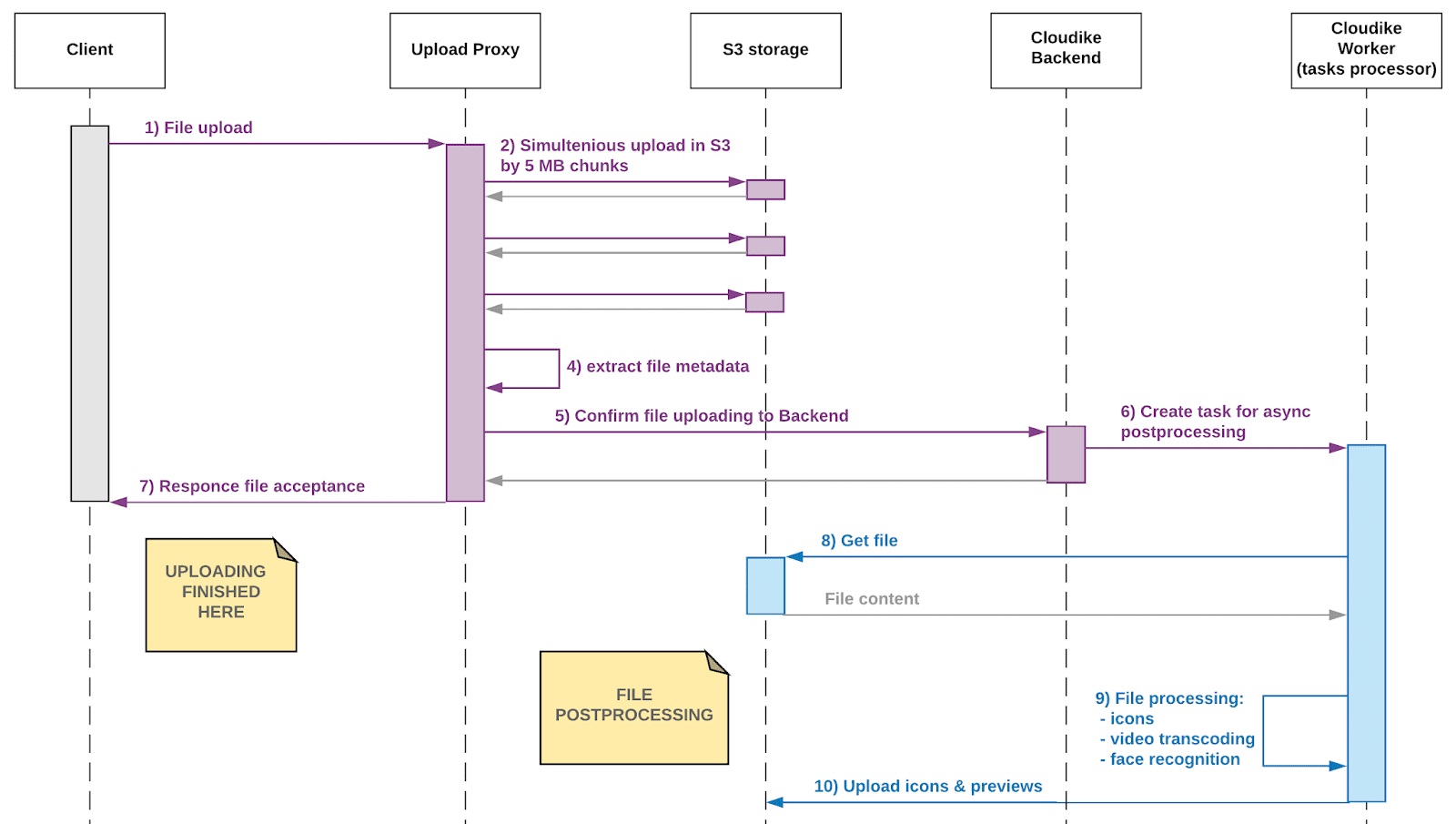 The upload speed performance has been improved due to the following reasons: